Hi
Landing gear in one of my Inspire 1 stucks. Nothing is happening, it's only buzzing

Generally... Motherboard is trying to do opposite what app says.
I used the second controler and even reinstalled te app but it didn't help. I've raised and lowered arms manually as well (by using screwdriver)
I know it's not the mechanism fault. The problem came when I turned off the battery while landing gear was still lowering. Next time when I turned on the drone I saw the alert "motherboard error" but it doesn't shows anymore

Did anyone have a similar problem and solved it?

[Sorry for my english, it's not my mothertongue]
H

I was having the same issue but with the Inspire 2. Had to send it to DJI to be fixed. Haven't had any issues since.
You must log in or register to reply here.
Share:
Reddit Pinterest Tumblr WhatsApp Email Link 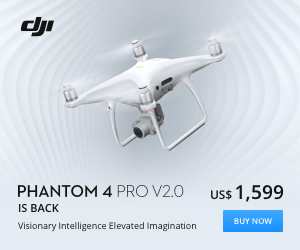